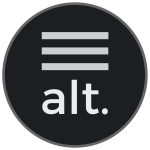 A portal to enable and empower

A portal to enable and empower

In May 2013, following an overwhelming constitutional referendum, Zimbabwe’s new Constitution came into force. The United Nations lauded the new Constitution’s alignment with international and regional instruments which seek to promote gender equality. Some of the key changes include explicit recognition of inherent dignity and worth as founding values, new provisions dealing with rights of women (section 80) and children (section 81), the right to privacy (section 57), and establishment of the Gender Commission. It also put measures in place to promote women’s participation in Parliament.

Given the county’s political turmoil, it is unsurprising, yet regrettable, that politically motivated violence against women is a reality for women in Zimbabwe. A paper by Maybe Zengenene and Emy Susanti examines the use of systematic violence to stifle women’s political participation and counter gender-mainstreaming efforts. In 2008, scores of women reported that they had been r*ped and abused by militia in the lead-up to elections.

Further, spousal abuse is often cited as a prevailing type of harm in Zimbabwe – with experts and activists highlighting a relationship between economic hardship, fuelled by patriarchal thinking, and GBV. Prior to the pandemic, ZimStat reported that in 2017 at least 22 women were r*ped daily in Zimbabwe, translating to almost one woman per hour. Notably, between the period 2010 and 2016, there was an 81% spike in r*pe cases across the country.

Similar to other African countries, the Zimbabwean government implemented a social relief programme to support families during the pandemic, but the exacerbated levels of GBV under lockdown have largely been met with inaction by the state. The collection and analysis of data on this has primarily been done by NGOs. Under lockdown, there has notable uncertainty about the type of GBV services that are designated as essential services, including NGOs mandated to support survivors.

Zimbabwe, with the support of the Spotlight Initiative, is currently working towards developing a national GBV Information System, which is intended to facilitate more accurate reporting on GBV and therefore more complete and informed decision-making for programs, advocacy and resource mobilisation.

On the issue of OGBV, although the Gender Commission has recognised that ‘cyberbullying and stereotyping’ are harmful practices that plague women, the Cybersecurity and Data Protection Bill of 2019 has not yet been enforced, and so little has been done to prosecute cyber-related offences. The Elton Makumbe case, which concerned abusive social media posts by a minor targeting a woman, is the country’s first cyberbullying case. It highlighted law enforcement’s constraints in dealing which matters of this nature. Eventually, the perpetrator was prosecuted under the Criminal Codification and Reform Act.

With respect to OGBV. Dr Sithemiso Nyoni, the Minister of Women Affairs, Community, Small and Medium Enterprises, has reiterated the need for a multi-sectoral approach to GBV and reaffirmed every Zimbabwean’s right to personal security and bodily integrity. In a statement to National Assembly in March 2021, she stated, “[GBV] is our collective responsibility; each one of us has a role to play to ensure that gender-based violence does not happen…”

Reports of GBV during COVID-19

National lockdown caused a strain on healthcare and other social services in both urban and rural areas in Zimbabwe. For example, the Women’s Coalition reported that lockdown resulted in increased violence against women at water-access collection points.

Eleven days into the national lockdown, one of Zimbabwe’s civil society organisations at the forefront of tackling GBV, Musasa Project, recorded 764 calls related to GBV already that month. Ordinarily, Musasa receives an average of 500 to 600 GBV cases per month.

The two most frequently reported forms of violence under lockdown were psychological violence and physical violence.

Zimbabwe’s Constitution includes a provision on gender balance, which places a positive obligation on the State to promote the full participation and representation of women in all spheres. The provision goes on to call for measures to rectify gender discrimination stemming from past practices. Beyond this, the Constitution includes the right to personal liberty, equality, dignity, and personal security.

The Domestic Violence Act facilitates the protection-order process for complainants. Domestic violence is defined broadly and notably, ‘harassment’ includes abusive phone calls or electronically-transmitted messages, as well as the delivery of offensive or abusive letters, telegrams, packages, facsimiles or electronic objects.The Act also establishes an Anti-Domestic Violence Council to fulfil a mediatory role, investigate the financial status of complainants and respondents, arrange accommodation and the necessary medical examinations for complainants, and provide counselling.

This Act mandates the Gender Commission to monitor gender equality issues and investigate alleged gender-related violations. In the event that the Commission finds an incidence of prejudice, it must report this to Parliament, including providing recommendations on legislative or administrative reforms.

The Act criminalises various forms of sexual abuse, including r*ape and other non-consensual sexual acts, and the deliberate transmission of HIV and Aids.

Zimbabwe recognises a number of sexual offences including rape, aggravated indecent assault, sexual crimes committed against young persons (defined as anyone under the age of 16 years old) or mentally incapacitated persons, and the deliberate transmission of HIV. The gendered language used in the legislation, i.e., that only a man can be a perpetrator and a woman a victim/survivor, fails to protect a broad range of survivors.

This Act provides guidance on the measures which must be taken for the protection, welfare and supervision of children. Magistrates are authorised to order the removal of a child to a place of safety. It also imposes an obligation on the Minister of Public Service, Labour and Social Welfare to establish and maintain training institutes for the reception of children and young persons. The Act defines a child as a person under the age of sixteen – which does not accord with international standards (which generally define a child as a person below the age of eighteen).

The Marriage Act deals broadly with civil marriage. When it comes to the marriage of minors, it stipulates that such marriages may not be solemnized without the consent of the minor’s legal guardians. This Ac is set to be repealed and replaced by the Marriages Bill, which is currently making its way through Parliament

Customary marriages are solemnized under this Act. Limited recognition of unregistered customary law unions has caused tensions with other laws and frustrated women rights activists. This Act is also set to be repealed and replaced by the Marriages Bill.

The Ministry of Women Affairs announced that it has received a draft set of principles from the Gender Commission in respect of the Sexual Harassment Bill and Gender Equality Bill. It was estimated that the Bill would be submitted to Cabinet by May 2021 and it is presently unclear whether this has been done. The Zimbabwe Women Lawyers Association (ZWLA) has welcomed the promulgation of new laws and deterrent penalties against perpetrators. The reasons for the slow progress on the Bills remain unclear.

Cyberbullying, specifically happy slapping, is recognised in this Act as a form of assault. However, the Act contains gaps as it is limited on the prosecution of perpetrators who generally use mobile phones, as opposed to computers, in the commission of crime and OGBV.

This Bill, which consolidates the approach to cybercrime in Zimbabwe, is awaiting signature by the President. It establishes a Cyber Security Centre and a Data Protection Authority tasked with coordinating and implementing interventions against cybercrimes, and regulating the processing of personal information and guard the right to privacy, respectively.

Although one of the goals of this policy is to ensure gender equality and equity in the access to and use of ICTs, it does not delve into the detail of how this will be achieved. It is worth noting that the vision stated in the policy is to create a knowledge-based society with “ubiquitous connectivity in 2020”.

What happened as a result of COVID-19

This website uses cookies to improve your experience while you navigate through the website. Out of these, the cookies that are categorized as necessary are stored on your browser as they are essential for the working of basic functionalities of the website. We also use third-party cookies that help us analyze and understand how you use this website. These cookies will be stored in your browser only with your consent. You also have the option to opt-out of these cookies. But opting out of some of these cookies may affect your browsing experience.
Necessary Always Enabled
Necessary cookies are absolutely essential for the website to function properly. These cookies ensure basic functionalities and security features of the website, anonymously.
Functional
Functional cookies help to perform certain functionalities like sharing the content of the website on social media platforms, collect feedbacks, and other third-party features.
Performance
Performance cookies are used to understand and analyze the key performance indexes of the website which helps in delivering a better user experience for the visitors.
Analytics
Analytical cookies are used to understand how visitors interact with the website. These cookies help provide information on metrics the number of visitors, bounce rate, traffic source, etc.
Advertisement
Advertisement cookies are used to provide visitors with relevant ads and marketing campaigns. These cookies track visitors across websites and collect information to provide customized ads.
Others
Other uncategorized cookies are those that are being analyzed and have not been classified into a category as yet.
SAVE & ACCEPT
Skip to content